She studied composition at the Rotterdam Conservatory (Codarts) with Klaas de Vries and continued her studies at the Royal Conservatory in The Hague (Masters in Composition). She also obtained a bachelor's degree in Musicology at the University of Amsterdam. Her instrument is the piano and voice.

When composing, the melody is never far away, also when she composes for an instrumental ensemble the singing qualities lay always in the back of her mind. Maria Alejandra 's Peruvian background is one of her musical inspirations, especially the Afro-Peruvian musical traditions. What interests her, is its rhythmic richness resulting from a binary sensation of the pulse. She continued her research on Afro-Peruvian music as part of her Master-Thesis, and grasped some of its energy in her composition Lando, lando siempre contigo for a stringed-ensemble - consisting of guitars, harp, violin and double bass - and percussion. Her body of work includes diverse instrumentations such as vocal music, chamber music, electro-acoustic music and music theatre.

In 2015 she wrote a full-length music theatre work "EICHMANN, music theatre about the free will" produced by the Diamantfabriek which received its premiere at the Muziekgebouw aan 't IJ in Amsterdam. For this production, she collaborated with theatre director and philosopher Bo Tarenskeen. The cast consisted of musicians that could act and actors who played music, following the idea of total theatre. This work was reprised in 2018 and will be staged again in the fall of 2019.

Musicians with whom she worked with are Nieuw Ensemble (Amsterdam), De Ereprijs, Enesco String Quartet (Paris), Ensemble Reconsil (Vienna), Duo Cajon (Carina Vinke, Jonas Skielboe) and Oerknal ensemble in The Hague and Innsaei Quartet (Manchester). The international acclaimed organist Leo van Doeselaar praised her organ work Parallel/ Non Parallel and recommended this piece to several of his students. Conductors with whom she collaborated include Bas Wiegers, Arie van Beek, Christian Karlsen, Wouter Padberg and Roland Freisitzer. Her work has been performed at the Chamber Music Festival Orlando, contemporary music festival Dag in de Branding and Music Theatre Festival in Amsterdam, amongst others.

When not working on her own music, Maria Alejandra is active in promoting composers and curation of contemporary music. 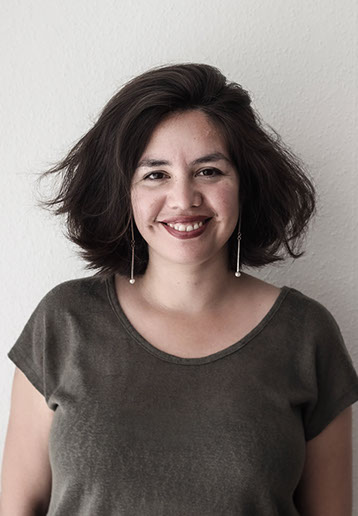